Hillary Rollins is a native New Yorker who was transplanted a decade ago to Santa Monica, California. She has had numerous plays produced in New York, Los Angeles, Miami and Arizona and published in Plays and Playwrights 2005 and Theatre Monologues for Women. Her essays and articles have appeared in Cosmopolitan Magazine, The Coalition For the Homeless Magazine, and two anthologies — An Ear To The Ground (Cune Press), and In My Life, Encounters With The Beatles (Fromm Publishing).

It’s official!  Our brand new CD is available as a download from CD Baby or as a physical CD at my store! 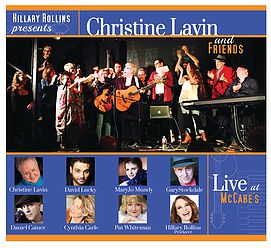 You can now purchase sheet music for any of my songs!  Just go to my MUSIC page to order for instant downloads.